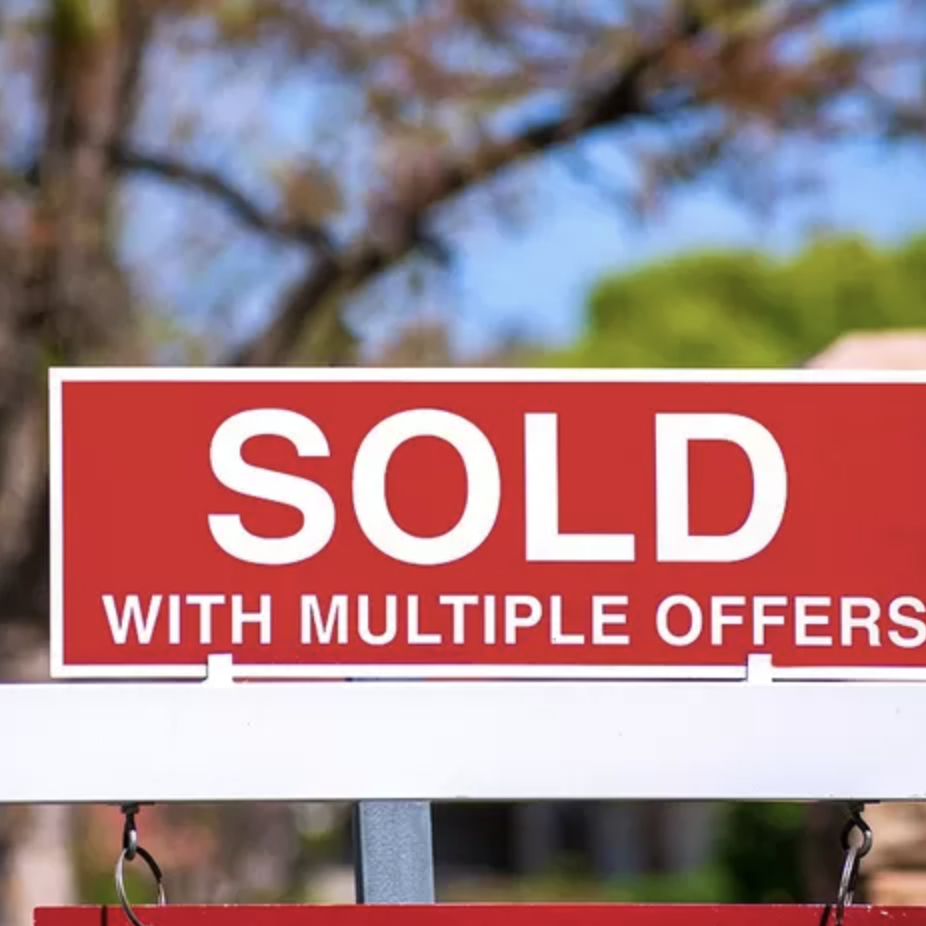 Courtesy of By Lisa Johnson Mandell at Realtor.com

Bidding wars are the new normal for buying a home today. In desirable areas, there may be multiple offers, which might force you to up the ante in a dizzying quest to come out on top.

Yet in the heat of the moment, many buyers run the risk of becoming overzealous, making mistakes that cost them the deal—or worse, land them with a house they regret. Don’t be one of them!

Here are some common bidding war mistakes you might be particularly tempted to make in today’s crazy market, along with some smarter, saner alternatives to try.

1. Bidding every last penny you have

“The market in Seattle is so competitive these days that houses go for tens of thousands of dollars above the list price,” says Lily Lei, an agent with RSVP Real Estate. “I’ve had buyers who want to bid all the money in their budget in order to win a bidding war, and I counsel them away from it.”

“The house may require tens of thousands of dollars worth of repairs immediately, like a new roof or new plumbing,” Lei continues. “They would have no money left to cover these essential repairs.”

In a heated market, “the appraisal may come in low,” she says. This means the bank’s appraisal says the home is worth less than what you’ve agreed to pay for it.

“Then you’d need a higher down payment to make up the difference,” Lei explains.

What to do instead: “Unless my clients have families who can give them the extra funds, I advise them to hold back 10% to 40% beyond what they can actually afford,” says Lei. “If it’s a young couple who are out on their own, for example, and they have no other financial resources, I tell them, ‘Maybe this is just not the house for you. There will be others.’”

2. Bidding with many contingencies

“You should never get involved in a bidding war before your financing is in place and you know exactly where your money is coming from,” says Glenn Raynes, a Las Vegas real estate investor who has been involved in numerous bidding wars and won most of them.

He especially advises against having your offer be contingent upon the sale of your current house.

“The seller will always pick the bid with the fewest uncertainties,” says Raynes. He recalls that he once won a bidding war on a Huntington Beach home with the third-highest offer it received. The reason? He was an all-cash buyer, which meant a quick and seamless closing.

What to do instead: Most of us aren’t in a position to offer cash, but we can get pre-approved by a lender before we go into the bidding war. We can also make sure the sale of our current house doesn’t enter into the deal. You could sell and then rent prior to bidding on a new house—or possibly sell and request a lease-back agreement from the new owner.

“It’s seldom all about price,” says Raynes. “Find out what else is important to the seller and try to accommodate that better than anyone else.”

3. Bidding with no contingencies

Jared Blank and Kacey Bingham, managing partners of The Agency in Denver, have seen buyers get so excited while bidding that they release all contingencies. That includes waiving the right to a home inspection and the ability to back out of the deal if an inspection reveals major flaws.

What to do instead: “If buyers want to be competitive in this market, they need to compromise on a lot of things,” says Blank. But the inspection is not one of them. If you win the bid on a house that’s crumbling and you can’t back out, it’s no win at all.

Instead, bid as high as you can comfortably afford, and make compromises on things like the length of escrow and down payment. But never, ever sacrifice the right to inspection as a negotiation point.

4. Assuming you’ll get a second chance

Prospective buyers think they’ll have more chances to raise their bid if needed, and they are often wrong about that, Corley explains.

What to do instead: “If you find yourself in a multiple-bid situation, I recommend writing your bid as if you will not have a second chance to negotiate,” Corley advises. Consider it one and done!

You see people using this term on real estate reality TV shows. (Translation: “Negotiation is done, and I’m not offering you one penny or concession more.”) But what works on TV doesn’t always work in real life.

In a bidding war, negotiations are never over until the seller is ready to throw in the towel.

“Never use the term ‘best and final’ because it usually isn’t the case,” according to Todd Miller at The Agency New Canaan, CT. “Once you use this term, the listing broker will not take you seriously if you actually counteroffer again.”

“There are other important negotiable things that the seller will probably take into consideration,” adds Cliff Smith, also at The Agency in New Canaan. “These include the closing date, a larger down payment, or potentially removing a contingency, etc. If the seller sees the term ‘best and final,’ they may not come back to your bid to see about altering any terms other than price to make the deal work. Instead, they may choose another offer.”

What to do instead: Even if you’ve bid as much as you can possibly afford, never tell the sellers that. They might take you at your word and cut you from the herd. There might be other contingencies you might be able to handle, like a few months of leasing the property back to the seller at a reasonable price. Sometimes sellers aren’t ready to move yet.

An escalation clause automatically increases your purchase offer by a certain amount above all competing offers. This continues until the price reaches the maximum price you’ve determined you’re willing to pay for the home. In other words, you bid $500,000 on a house and write an escalation clause that tops the highest bid by $5,000, until the price reaches $550,000.

“Our agents are not big fans of escalation clauses,” says Don Mastroianni of The Agency North Shore Long Island.

This clause puts the bidding beyond your or your agent’s control. Also, it doesn’t take into consideration valuable contingencies beyond price that you or other bidders might be willing to add.

What to do instead: “We recommend clients give a very strong offer right from the start to be able to stand out from the competition,” says Mastroianni.

Make a strong entrance with a high bid, and you’ll never be forgotten.

7. Not knowing a home’s true value

Some buyers are hesitant to offer above the asking price in a bidding war, thinking that the home is not worth more than that. What they don’t realize is that sellers often intentionally price their home slightly below its true value to get a bidding war going and have potential buyers drive the price much higher in the heat of competition.

Meredith Schlosser of Berkshire Hathaway HomeServices, Brentwood, CA, notes that buyers are less likely to win a bidding war if they “won’t step up to their highest price. Instead, they choose to believe the property is worth less.” As a result, they lose the house.

What to do instead: Refer to “numbers and proven stats that take into consideration the lack of inventory, market trends, how much the price of properties have increased in certain areas over time,” suggests Schlosser. “This will give you a better understanding of what the property is worth.”

Courtesy of By Lisa Johnson Mandell at Realtor.com